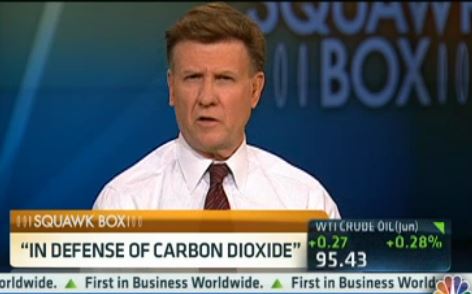 Yesterday, President Obama gave a monumental speech marking a renewed effort at tackling climate change, but CNBC did not air it. This journalistic negligence is a part of a disturbing pattern of irresponsible climate science reporting at CNBC.

According to the cable business channel CNBC, climate change is “just kind of a scam analysis” by “high priests”. A Media Matters analysis found the majority of its coverage of climate change casts doubt on the science behind it.

Several CNBC figures, including host Larry Kudlow, co-anchor Joe Kernen, and contributors Rick Santelli and Dennis Gartman deny manmade climate change — even arguing with their guests from the business world who talk about the risks climate change pose to the economy.

The only scientist that CNBC hosted on climate change in the first half of 2013 was William Happer, a physicist who has not published any peer-reviewed climate research, and who is the chairman of the fossil-funded George C. Marshall Institute.